Ann has been interviewed by the media on topics related to her expertise several times.  Below are some examples.

Ann is quoted in this July 28, 2020 WORLD Radio podcast on the impact of the Supreme Court’s decision in McGirt v. Oklahoma.

Most Important Native American Rulings from the Second Half of 2019

Ann was quoted on the role of the Eighth Circuit’s Brakebill v. Jaeger decision in disenfranchising Native Americans in a December 20, 2019 article in Law 360 written by Andrew Westney. The article is titled “Biggest Native American Rulings From The 2nd Half of 2019.”

The Significance of Carpenter v. Murphy for Eastern Oklahoma

Ann was interviewed by Tulsa Public Radio Station KWGS on November 28, 2018 about the possible effects of the Supreme Court’s forthcoming ruling in Carpenter v. Murphy.  A summary is here (pdf).

Listen to KJZZ’s November 2, 2017 interview of Ann below.

Ann was interviewed along with John Dossett on the second half of this October 10, 2017 radio show on gun control.  Deb Haaland is interviewed during the first half.

The Quest for Legal Protections for Polyamory.

Tribes and Same-Sex Marriage in US News & World Report.

Read the November 27, 2015 news article in which Ann was quoted on tribes that continue to ban same-sex marriage here.

Along with Alray Nelson and Sheldon Raymore, Ann was interviewed during this Native America Calling radio segment on Tribes and Same-Sex Marriage on July 7, 2015.

The Anniversary of Roe v. Wade on WCCO CBS Minnesota.

Read the December 8, 2010 Daily Journal article in which Ann is quoted here. 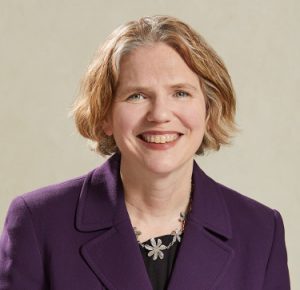